Because of a recent U.S. Supreme Court decision, individuals whose constitutional rights have been violated by a federal official will now find it even more difficult to obtain compensation for their injuries. The basic facts of the Hernandez v. Mesa, 137 S.Ct. 2003 (2020) (“Mesa”) case are beyond tragic: a 15- year- old Mexican national was shot and killed by a U.S. Border Patrol Agent on Mexican soil while running across a culvert that separated the United States border from Mexico. The agent claimed that he shot the teen because the teen and his friends were trying to cross the border illegally and were pelting him with rocks. The teen’s parents claim that the teen and his friends were simply playing a game where they would run across the culvert to touch the fence on the U.S. side, and then run back across the border to the Mexican side.

After investigating the agent’s actions, The Department of Justice (“Department”) concluded that the agent had not violated Customs and Border Patrol Policy and that for this reason no charges would be brought against him. Angered by this result, the country of Mexico requested that the agent be extradited to Mexico to face criminal charges. The United States denied this request.

Agreeing with the lower courts, The U.S. Supreme Court ruled that the parents’ case should be dismissed. In deciding this, the Court focused much of its attention on whether the U.S. Supreme Court’s holding in Bivens v. Six Federal Unknown Federal Narcotics Agents should be broadened to reach the facts in Mesa. In Bivens, the U.S. Supreme Court held that federal agents could be sued for damages for violating someone’s Fourth Amendment right against illegal searches and seizures, even though no federal statute granted such a right to sue. Since its holding, Bivens has been viewed as an especially controversial decision in that it was the Court itself, not Congress, that established this right to sue.

Ultimately, the Court held that the “settings” in Bivens and Mesa were too dissimilar for the Court to use the Bivens decision to establish the parents’ right to sue under these new circumstances. Furthermore, the Court stated that allowing the parents to sue the agent under these new circumstances would result in the Court intruding upon Congress’s legislative role, and imprudently involving itself into national security issues.

Perhaps the most troubling aspect of the Mesa decision is its language signaling the likely end of Bivens as good law in the near future. Justice Alito, the majority author in Mesa, expressed that one critical shortfall of Bivens was that it failed to show due “respect for the separation of powers” doctrine. In making this statement, Justice Alito emphasized that “when a court recognizes an implied claim for damages on the ground that doing so furthers the ‘purpose’ of the law the court risks arrogating legislative power.” Advocating an even more extreme position Justice Alito, other concurring justices in Mesa openly called for Bivens to be overturned. In short, with the Court’s current makeup, and with Bivens’s tenuous legal standing, we may be approaching a time when individuals no longer have redress for constitutional wrongs done to them by federal officials.

The Implications of Mesa

In light of Mesa, we felt it important that you, our referral partner, be made aware of the specific challenges that confront individuals who seeks compensation for injuries caused by federal officials that violate their constitutional rights. The question and answer section below addresses these challenges.

Does 42 U.S.C. § 1983 gives individuals the right to sue federal officials for violating their constitutional rights?

Our law firm routinely handles 42 U.S.C. § 1983 (“ § 1983”) cases and unfortunately, § 1983 does not grant such a right. § 1983 allows for lawsuits to be brought against state, not federal officials for constitutional violations and such suits can only be brought by “citizen[s] of the United States or other person[s] within the jurisdiction thereof.” Hence, under § 1983, the parents in Mesa could not have sued on their son’s behalf because (1): the agent that shot their son was a federal official and (2) their son was neither a United State citizen nor within the jurisdiction of the United States when he was shot.

Under what circumstances can a federal official be sued for violating someone’s constitutional rights?

Mesa seems to limit those circumstances to three specific instances: (1) where federal officials perform an unconstitutional search or seizure that occurs on U.S. soil; (2) where federal officials discriminate against someone based on their gender by firing them from a congressional staff position; and (3) when a federal official refuses an inmate obvious and necessary medical care. There was also a suggestion by the Court in Mesa that had the teen been on U.S. soil when he was shot, the parents could have proceeded with their lawsuit.

What if a federal official causes an injury not by violating someone’s constitutional rights, but by simply acting negligently?

We hope you found this case update helpful. If in your practice, you are approached by someone whose constitutional rights you believe have been violated by a federal official, please have them contact our office 763-438-3032. We do pay referral fees on cases that are referred to us by other attorneys. We look forward to partnering with you on future matters.

The U.S Supreme Court recently issued a decision making it[...]

Drug overdose deaths have soared during the pandemic. Recent data[...] 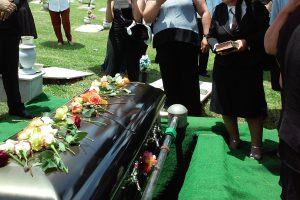 What Constitutes a Wrongful Death Case?

When a person dies at the hands of another, it[...]