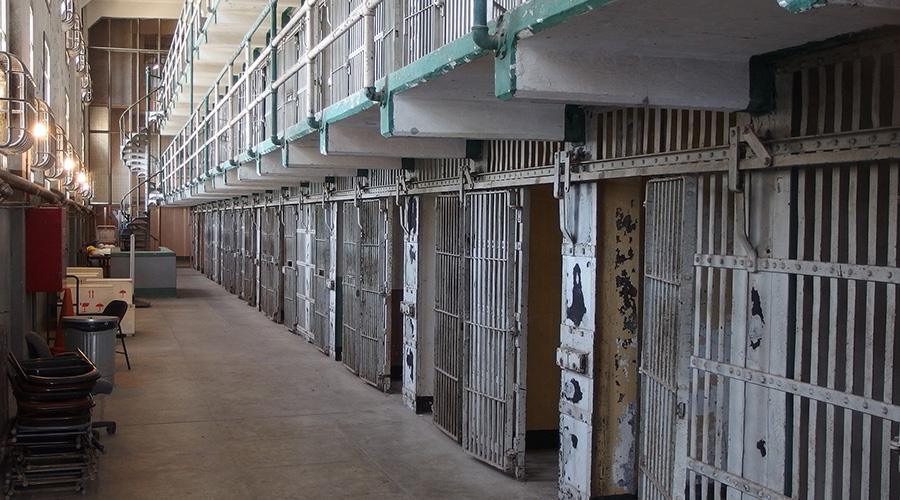 There have been at least 50 deaths in Minnesota state jails since 2015 according to Minnesota Department of Correction (MNDOC) records. Hennepin County jail and Beltrami County Jail have had the highest number of deaths, with Sherburne County and Crow Wing County having the second highest death totals. MNDOC Commissioner Paul Schnell (“Commissioner Schnell”) recently remarked that 50 deaths is “a lot” and has ordered his department to conduct an investigation into all Minnesota jail deaths since 2015 to determine if there were deficiencies in the investigation of these cases.

The incident that, above all others, provoked Commissioner Schnell to order this investigation involves the tragic case of Hardell Sherrell (“Sherrell”).

According to a federal Complaint filed by Sherrell’s mother, Sherrell was booked into Beltrami County Jail on August 24, 2018, after being arrested and charged as a felon in possession of a firearm.

In the days after his arrival, he complained of headaches, chest pain and was found to have high blood pressure.

On August 28, 2018, Sherrell became so weak that he fell from his top cell bunk and remained on the floor for almost 30 minutes. Beltrami jailers, however, believed Sherrell was faking and refused to help him off the ground.

Sherrell’s condition continued to deteriorate to the point that he lost feeling in his legs. He was placed in a wheelchair. He complained to Beltrami jailers and medical personnel that he had little to no feeling in his hands and arms.

On August 30, Sherrell complained that he could not feel anything below his waist. His blood pressure registered at 168/109. One of the doctors that treated Sherrell ordered that he be rushed to the emergency room. The Beltrami Jail Administrator allegedly refused this order because he had been told that Sherrell was faking and may be trying to escape.

The doctor provided jail staff with a list of symptoms to be aware of and instructed jail staff to bring Sherrell back to the emergency room if he exhibited any of these symptoms.

Even though Sherrell began to manifest these symptoms after he returned to jail, jail staff did not take him back to the hospital. As a result, Sherrell’s condition, worsened. He lost control of his urine and bowels, became unable to swallow, and died on September 4, 2018. He was incarcerated at the time of his death.

After his death, the Beltrami County Sherriff’s Office announced that Sherrell had collapsed from an “unknown medical condition.” Later, the Bemidji Police Department released a statement stating that the Ramsey County Medical examiner found that Sherrell had died of pneumonia.

However, the federal complaint cites an independent autopsy review performed that found that Sherrell died from “untreated Guillian-Barre Syndrome.” Guillian-Barre Syndome is a disorder where a person’s immune system attacks their nerves.

The MNDOC’s first investigation into this incident was completed in two months and found no rule violations. The state investigator only reviewed the 12 hours of facility logs and video immediately prior to Sherrell’s death. If not for Sherrell’s mother, Del Shea Perry (“Ms. Perry”), who was able to obtain jail video evidence and her son’s medical records for the nine days he was in a custody, the case likely would have ended there.

After seeing a Fox 9 news story on the case and meeting Ms. Perry, Commissioner Schnell ordered a second more in depth investigation of Sherrell’s treatment and subsequent death at Beltrami County Jail. In May of this year, the results of that investigation were disclosed revealing “regular and gross violation of Minnesota jail standards” including a failure to follow a medical order to return Sherrell to the hospital if his condition worsened. In addressing the findings from the second investigation, Schnell emphasized that: “Our recent re-review of Hardell Sherrell’s death uncovered longstanding and problematic processes that led to a failure to uncover the truth about what occurred during Mr. Sherrell’s nine-day incarceration.”

A month after the results of the second investigation were disclosed, Ms. Perry and her attorney sent a letter to Gov. Tim Walz and Attorney General Keith Ellison, outlining the DOC’s findings in Sherrell’s death. The letter included information on other deaths tied to the Beltrami County Jail in the last five years. Commissioner Schnell acknowledged that the actions taken by Ms. Perry and her attorney prompted him to order a statewide review of jail deaths.

“I suspect that we may see disparities given the fact there’s disparities in the system. I would anticipate that to follow through and we will be looking at race, gender and ethnicity,” Schnell said.

Sherrell’s death and the fifty other inmates that have died in Minnesota jails over the last five years suggests a profound problem of inmate medical neglect within this state. The evidence in the Sherrell case confirms that the most basic standards of medical care that govern jail inmates within this state were rejected by Beltrami jail staff and the other medical providers that observed and examined Sherrell. With an investigation now taking place of the 50 jail deaths that have occurred in Minnesota since 2015, it would be reasonable to assume that the investigation into these deaths will reveal a similar pattern of neglect.

Minnesota law requires that jail correctional staff, though not doctors, be trained to recognize signs and symptoms of illness in inmates, and to know what steps to take if the inmate is suffering from a potential medical emergency situation.

When correctional staff fail to meet these basic standards in providing medical care, they show a deliberate indifference to that inmate’s medical need, which is a violation of that inmate’s Eighth Amendment right against cruel and unusual punishment.

Inmates in Minnesota are dying because as a state, we have done a poor job of holding jails, their correctional staff, and the doctors that treat inmates accountable for failing to provide the most basic level of required health care.

The MNDOC licenses all state jails and has the ability, if it feels the jail is not meeting basic state level requirements, to revoke the jail’s license and effectively shut down the jail down.

If jails like Beltrami County Jail continue to operate with such utter disregard for inmate life and welfare, the MNDOC must give more careful consideration to revoking these jail’s licenses and shutting down their operations altogether.

At the Magna Law Firm, we represent inmates who have been denied necessary and appropriate medical care. If you feel that you have been, or are currently the victim of inmate medical neglect, please follow the recommendations below to preserve your claim.

Following these recommendations will make it easier for an attorney to successfully pursue your medical neglect case at the appropriate time. Feel free to contact our law office should you have additional questions.