As a civil rights attorney, my job focus is singular – to vindicate the constitutional rights of those who have had those same rights trampled upon by government actors.

When my client and I pursue a case against a government actor, the statute that we almost always sue under is 42. U.S.C. § 1983 (“1983”). § 1983 authorizes aggrieved persons to bring suit against “every person” who violates their constitutional rights under “color of state law.” Courts have defined the phrase “color of state law” to apply to government or state actors. § 1983 was originally known and passed as Section 1 of the Klu Klutz Klan Act of 1871. Although § 1983 is silent on race, Congress’s original purpose in passing § 1983 was to enforce the constitutional rights – rights spelled out in the 13th, 14th and 15th Amendments – of recently freed black slaves.

The reason for this is simple: there are numerous instances where a state actor has flagrantly violated someone’s constitutional rights, but the rights violation did not result in a permanent physical injury. Do these individuals not deserve justice? Do these individuals not deserve to have a lawyer fight for them to help hold the state actor that wronged them accountable? Our law office believes that they do, which is why we will not hesitate to take on a “low damage” civil rights case where the constitutional wrong done by the state actor was flagrant and extreme.

As an example, we recently helped out a young African American woman whose vehicle was seized by the police for over four months even though she had not been arrested or charged with a criminal offense. During this time, she could not get to work or drive her children to school. After bringing a motion in state court, we were able to force the police department to release her vehicle. We then were able to successfully sue the police department that seized her vehicle for damages. Many civil rights attorneys would not take on a case like this one, viewing it as a “low damage” case. But our law office felt duty bound to fight for this woman whose constitutional rights had been violated

Personally, because of § 1988, I feel duty bound to help individuals whose constitutional rights have been violated, but the violation did not result in death or a life altering physical injury. As an attorney and small business owner, forecasting a reasonable profit on the cases I handle must be an important consideration, but it should not be the end all consideration. The greatest contribution I can make in this area of the law is doing everything within my power to hold state actors accountable for their constitutional wrongdoings, whether this results in a seven-figure attorney fee or not.

At the Magna Law Firm, we focus our practice on helping individuals whose constitutional rights have been violated by police officers, or corrections officers. If you are a loved one have had your rights violated in this manner, please contact our law office. We pursue these cases on a contingency fee basis which means that we do not get paid unless we win your case.

Settlement in Slip and Fall Case: The Importance of a Thorough Investigation

One evening last summer, a young gentleman was spending time[...] 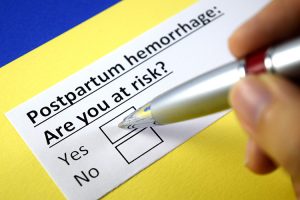 Approximately 700 women die each year in this country from pregnancy-related complications. The leading cause of these deaths is maternal or obstetric hemorrhaging — which experts describe as excessive blood loss from giving birth. (ACOG Practice Bulletin, Number 183 October 2017). The American College of Obstetricians…