The U.S Supreme Court recently issued a decision making it more difficult for police misconduct victims to successfully sue law enforcement. The case of White v. Pauly dealt with the qualified immunity doctrine and under what circumstances it applies to protect police officers from lawsuits. To summarize the facts, a road rage incident resulted in police officers following and ultimately surrounding the house of one of the road rage participants. This individual lived at the residence with his brother. After the police made them aware that their house was surrounded, the brothers yelled out, “who are you,” and “what do you want.” Two officers laughed and responded: “Hey, (expletive), we got you surrounded. Come out or we’re coming in.’” One of the officers also shouted: “Open the door, State Police, Open the door.” Neither brother heard the police identify themselves, and the brothers armed themselves with firearms. One of the brothers then yelled out at the officers, “We have guns.” A third officer who had arrived at the scene late heard this statement. After hearing it, he drew his gun and positioned himself behind a stone wall 50 feet from the front of the house. A few seconds later, one brother exited the house through the back door and fired two shotgun blasts while screaming loudly. After this, the other brother opened the front window and pointed his handgun at the officer who was stationed by the stone wall. One of the officers shot at and missed this brother. However, four to five seconds later, the officer that was stationed behind the stone wall shot and killed this brother.

The deceased brother’s estate sued all three officers alleging that the deceased brother’s civil rights had been violated as the result of excessive force. In its decision, the Supreme Court focused much of its discussion on the conduct of the third officer who shot and killed the brother. The lower courts concluded that the third officer’s actions constituted excessive force because prior Supreme Court rulings like Tennessee v. Garner and Graham v. O’Connor had held that before an officer uses deadly force, the officer must first warn a suspect of his or her intention to use deadly force. The lower courts held that these prior cases clearly established that the third officer’s actions in this instance were unlawful, and that as such, he was not entitled to qualified immunity. To be beat a qualified immunity defense, the plaintiff must show that an officer violated a constitutional or statutory right and that this right was clearly established at the time of the incident.

The Supreme Court described the central question in the case as whether an officer, who had arrived late at an ongoing police incident and having witnessed shots being fired by one of the criminal suspects, should have known that he needed to give a warning before firing his weapon. To this question, the Court answered no. It held that before this case, the Constitution had not clearly established that an officer who arrives late at an ongoing police incident must assume that his fellow officers had not given sufficient warning. The Supreme Court further held that proving that an officer engaged in excessive force under Garner and Graham was not enough to defeat a qualified immunity defense. Rather, to defeat this defense, a plaintiff must also point to a prior case where under similar circumstances, a court found an officer’s use of force to be excessive.

Previously, many lawyers and judges felt that to defeat a qualified immunity defense, all one had to do was to establish under Graham and Garner that an officer’s use of force was excessive. Yet those days are now gone. Now, a plaintiff must be able to point to a prior case where an officer was found to have engaged in excessive force under similar circumstances. This will be a difficult task for many plaintiffs, as every case is different and has its own factual identity. In short, before White v. Pauly, proving a civil rights excessive force violation was hard. Now, it has become even harder. 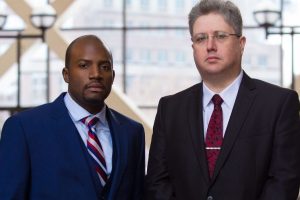 Creating Change: One Case at a Time

We are happy to report that the Minneapolis City Council[...]

The Fourth Amendment of the U.S. Constitution is meant to[...] 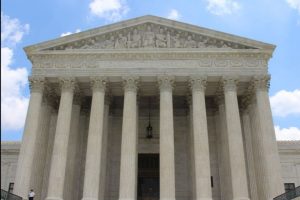 As many of you know, our law firm routinely litigates[...]