I wept while viewing George Floyd’s murder. The callousness and utter disregard of human life shown by the officer who slowly tortured and suffocated the life out of Mr. Floyd with his knee, while observing officers did nothing about it, has caused me extreme emotional pain and grief as a black man who too often has had to witness these horrific scenes.

As I watched the video, my memory took me back to a police brutality case that I took to trial three years ago in federal court. My client was a crack cocaine addict who was involved in a drug buy in south Minneapolis. During the transaction, officers arrived on the scene and my client fled on foot. My client was black and not a small man standing at approximately 5’10 and weighing 230. However, the officer that chased after him, a white officer, far exceeded him in size, standing at 6’6 and weighing approximately 245. The officer testified that he had little difficulty catching up to my client and while chasing him most likely yelled out at him, “once I catch up to you, I’m going to f—- you up.” Once my client was within arm’s reach, the officer tackled him to the ground from behind, and while on the ground, positioned himself behind my client and applied what he termed was a “conscious” neck restraint. According to the officer, he applied this hold by putting his entire arm around my client’s neck and applying pressure only to the sides of the neck. However, the officer also acknowledged that in this instance, he applied the hold with enough force that within a few seconds, he heard my client “sleeping.” My client had passed out and had urinated on himself. After my client regained consciousness, the officer testified that he applied the hold again because he believed my client was resisting. My client testified that he told the officer, while the officer’s arm was around his neck, that he couldn’t breathe. After the officer placed my client in handcuffs, he called an ambulance because he saw that my client was not breathing well. My client went to the hospital on the same day as the arrest and doctors ultimately diagnosed him with a ruptured disc in his neck. My client went to physical therapy for a year because of his neck injury and one doctor recommended neck surgery.

The officer testified that the “conscious” neck restraint he applied was not a chokehold and when applied correctly, was not supposed to render a suspect unconscious or cause significant injury or death. He testified that during the entire incident with my client, he never once felt that his life was in imminent threat of death or significant bodily harm, circumstances that would justify the use of deadly force. Because of this, the officer acknowledged that he did not and legally could not under the circumstances, apply a chokehold which would have constituted deadly force.

The case was extremely difficult because my client did not have clean hands and there was no video evidence of the incident. I took the case to trial because I firmly believed, as I do now, that even drug addicts, like all human beings, deserve to be treated with respect and human dignity. We argued to the jury that the hold that the officer actually applied was a chokehold, an illegal hold under the circumstances. The other side argued that the conscious neck restraint was properly applied. There was only one minority in the jury pool and ultimately no minorities on the jury panel. I do not regard myself as a perfect trial attorney, but I strongly felt that we proved excessive force based on my client’s injuries, and the officer’s own admissions. The jury, however, ruled in favor of the officer. After the trial, I wept for days.

Though heartbroken over the Floyd incident, I am determined now, perhaps more than ever before, to work relentlessly to achieve justice for my clients. I also, however, recognize that the courtroom work that I do is not enough to bring about the systemic change within police departments that must occur to prevent yet another Floyd incident from happening. Such change will be accomplished only if our elected representatives summon the will to make the policy and legislative changes that are needed to hold police officers accountable who brutalize criminal suspects.

For my part, I suggest the following legislative changes:

Criminal Punishment for Officers Who Unlawfully Use Deadly Force

Families like Mr. Floyd’s who are forced to deal with the economic repercussions of a loved one dying at the hands of an officer who used unjustified deadly force, should have access to a victim’s compensation fund that will cover the victim’s funeral expenses, medical bills and provide compensation for the families’ pain and suffering.

Ban the Use of Chokeholds and Neck Restraints

If the goal is to strengthen trust bonds between police departments and the communities they serve, we should require that officers, during their interaction with a criminal suspect, at all times wear and activate their body cameras. Giving the community greater access to law enforcement’s interaction with citizens will increase transparency and accountability between both sides. If the officer in my case whose “conscious” neck restraint hold that rendered my client unconscious had been wearing a body camera that was activated, perhaps the result would have been different.

Establish a Serious Incident Review Board

If the goal is to create a culture of trust, accountability, and transparency between officers and the communities they serve, this step must be taken. This board should be composed of community members and perhaps retired police officers who investigate and review cases involving officer shootings and other serious incidents that have the potential to damage community trust or confidence in the police force. If the review board determines that the officer’s use of force was unlawful and not in compliance with police policy and procedure, the board should have the authority to make recommendations for officer firing or suspension to the police chief. If the unlawful use of force results in death or significant bodily injury, the board should also have the authority to recommend to an independent prosecutor the convening of grand jury to establish criminal charges.

These proposed changes are just a start. If we are to see the systemic change within this institution that we all desperately desire to see, much more work needs to be done. But better to start than do nothing. As we have seen over and over again, lives are depending on it.

The Fourth Amendment of the U.S. Constitution is meant to[...]

In brief, the facts of the case are that on the evening of June 6, 2012, our client, Robin Neal, (“Mr. Neal”) was leaving a bar in St. Paul with two of his friends. St. Paul police believed that Mr. Neal fit the description of another black man who had… 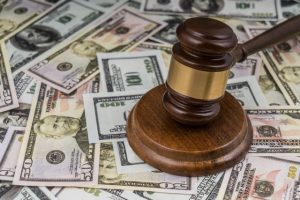 As a civil rights attorney, my job focus is singular[...]